All About: The Apple Cider Vinegar Diet 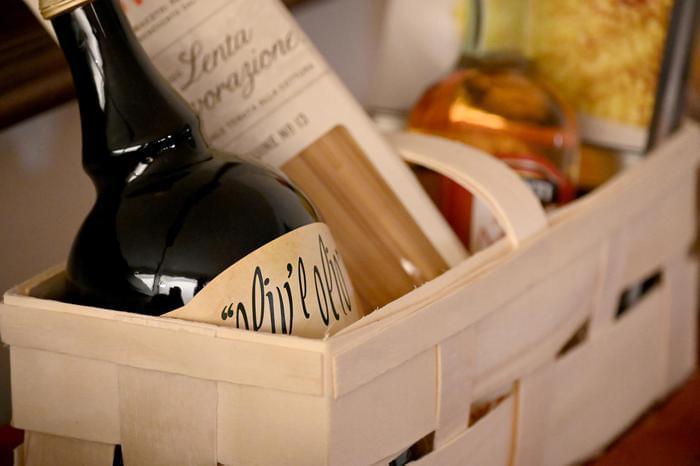 What is the Apple Cider Vinegar Diet? Does it work? Is it healthy or unhealthy? Learn all of the above and more.

What is the Apple Cider Vinegar Diet?

For centuries apple cider vinegar has been used as a folk remedy for many health-related concerns. It's purported health benefits have intrigued many people and to date, it has become another type of fad diet. The hype claims you can use the Apple Cider Vinegar Diet for weight loss and regulation of blood triglycerides.

Apple cider vinegar is made from apple juice that has been fermented. The process of fermentation creates the "mother" or the cloud of bacteria and yeast that is visible in some apple cider vinegar. This fermented vinegar becomes a natural probiotic, which supposedly helps boost a person’s digestive system, leading to many health improvements.

How does the Apple Cider Vinegar Diet work?

The Apple Cider Vinegar Diet instructions are fairly easy to follow. Some versions would advise having from 1 teaspoon up to 2 tablespoons of ACV before or with meals. Other recommendations suggest having a diluted drink of ACV twice a day. If the idea of a vinegar drink does not sound too good, the better alternative would be using ACV as an ingredient in a dish. Another simpler way is to consume it as a salad dressing. The diet encourages dieters to consume small quantities of ACV every day.

Does the Apple Cider Vinegar work? What are the benefits of it?

Over time, numerous Apple Cider Vinegar Diet benefits have been asserted encouraging many dieters to try out this natural product. While the claims on its efficacy continue to vary, some findings look at ACV positively.

One study claims that a vinegar diet benefits people with type 2 diabetes. Reportedly, vinegar has shown some positive effects on carbohydrate metabolism. It regulates glucose levels for those with glucose abnormalities. This became a pleasant alternative for people with diabetes who want to improve their lifestyle.

Another study also supports the idea of the ACV diet as it claims vinegar consumption has helped reduce body weight, body fat and BMI in their obese participants. Vinegar intake has purportedly helped control triglyceride levels which is an important variable against heart attack, stroke, kidney disease, and hypothyroidism to name a few. A randomized clinical trial has also shown that consumption of ACV and cutting down 250 calories per day helped participants lose body weight and BMI by 8.8 pounds in 12 weeks. This is in comparison to dieters who lost only 5 pounds following the same restricted calorie intake but did not consume ACV. These findings further fueled the hype of using an Apple Cider Vinegar Diet for weight loss.

ACV is also a good source of chemicals called polyphenols. These are antioxidants that fight free radicals damaging the body and help prevent cell damage. There are some claims branding this effect as a good measure in preventing cardiovascular diseases and even cancer. There is yet to be scientific proof for this, however, ACV as a natural antioxidant is overall favorable for dieters.

Some medical experts state that the Apple Cider Vinegar Diet is still not proven as a definite and recommended option for losing weight or improving overall health quality. However, some of the findings on research about ACV can be used as a basis to support this product’s identity as a helpful agent for weight loss and health improvements.

For the most part, there is little risk of consuming a small or moderate amount of vinegar.. But like everything else, there are also some cons to ACV intake. Firstly, since ACV is vinegar, it contains high acidity which can be damaging to the body. One thing to look out for is drinking vinegar straight. ACV’s high acidity can damage tooth enamel, cause esophageal burns and for some people, acidic foods can cause stomach ache, heartburn or diarrhea. Additionally, while there is yet to be a study on this, some records claim that intake of ACV can cause low potassium levels and make the bones weak and fragile.

Apple cider vinegar can also be a double-edged sword for people with diabetes. It can be helpful as it aids in altering insulin levels but because of the very same reason, diabetics who are on medication should be cautious. Consumption of ACV may cause a dangerous drop in blood sugar and potassium levels. As such, it’s vital for diabetics and for all dieters with pre-existing conditions who are on medication to consult a health expert before trying this diet.

These risks in consuming ACV can be avoided as easily as diluting the vinegar and making sure not to consume too much than recommended. Furthermore, a dieter who has observed these side effects after following the Apple Cider Vinegar Diet should immediately stop the use and consult with a medical professional. As with other types of diet, it is highly recommended to get an expert’s advice first before trying any eating program for a safer personalized health guide.

When choosing an apple cider vinegar, the main advice is to use one that is labeled raw and unfiltered. This kind contains more enzymes, protein, and healthy bacteria. Bottles of ACV where you can see the ‘mother’ or that cloudy substance in the vinegar are the best ones to consume. Of course, people can also try to make their homemade ACV with plenty of available instructions online.

This diet has a free meal plan and menu which dieters can personalize to their preferences. As a guide for eager dieters and beginners, here are some popular apple cider vinegar drinks:

These are some sample mixes of ACV drinks dieters can enjoy. Of course, adjustments can be made depending on a person’s taste. What matters is to include a tablespoon of ACV per drink to gain its supposed health benefits.

Try our free Diet Optimizer Quiz and get quick, unique, customized ideas like: